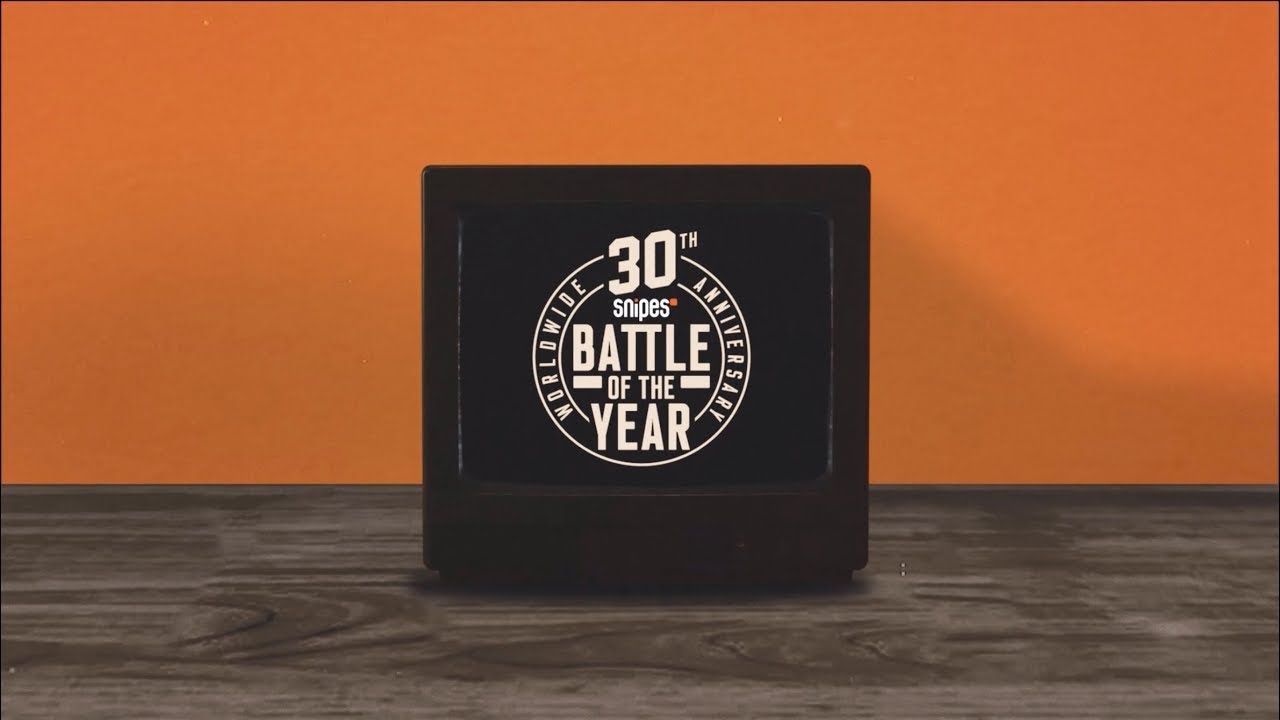 ** FESTIVAL RAP “EMERGENCY” – October 10th to 19th **
For this thirtieth anniversary, BOTY is joining forces with the Acord Production association, which has been organizing the Rap Emergency festival for the past 3 years.

** HIP HOP IN CREATION – October 22nd to 24th **
During three days and three evenings, the professional meetings “Hip Hop Creation” are organized. This is an opportunity for professional programmers to discover the latest creations of choreographers from the world of battles in the Occitania region but also from overseas and other metropolitan regions.

1 VS 1 BATTLES
ROCKSTORE – October 25
1vs1 B-Boys
The 16 best Bboys compete to win the world title and destroy the 2018 winner. This battle is part of the world circuit
“Undisputed” which brings together the 8 major world events and allows each of the winners to meet during a final organized at the very beginning of the following year.

1vs1 B-Girls
The 16 best Bgirls in the world are challenging each other to win the international title and try to destroy the Japanese supremacy that has won the title in the last 9 editions.

BATTLES CREW KIDS
OPERA DE MONTPELLIER – October 25
For the fourth year, the Kidz format offers Bgirls and Bboys under fifteen years of age, in the same format as adults, to compete for the international SNIPES BOTY.

BOTY INTERNATIONAL NETWORK
2019/2020
The experience and systems developed by the Attitude association since 2007 in the Occitania region, in the French overseas departments and the return of the Battle International to France make it possible to put this expertise at the service of the BOTY international development project… This program provides support to operators in many countries for development in the fields of creation, technical and artistic contribution in hip hop dance and the development of cultural projects. It is based on the creation of a unique network of actors and activists in dance and Hip Hop culture that is made up of BOTY organizers around the world.

BOTY INTERNATIONAL COOPERATION ACTIVITIES ACTIVITIES
2019
Throughout the week preceding BOTY International, the partners and organisers of the national qualifications with whom collaborative programmes are developed, as well as the artists who accompany them, participate in numerous workshops, internships and professional meetings and attend several creative shows, model presentations and ongoing projects. The objective is to complement technical and artistic skills as well as in the field of cultural project development. Argentina, Chile, South Africa, Senegal, Congo, Korea and USA participate in the various workshops and courses offered throughout the week. Then all the organizers from all over the world will meet for a day of work around the project to structure the international BOTY Hip Hop
Network.

INTERNSHIP IN OCCITANIA
From 21 to 24 October

Throughout the week, the jury’s and battle participants have the opportunity to share their experience with dancers from Montpellier and the Occitanie region through workshops open to all audiences.

Initiated in 2018, these creation laboratories aim to raise awareness of creation among operators and dancers in countries where cooperation programmes are set up… They also aim to raise awareness among potential partners in the field (Institut Français, Occitanie Region and representatives in France of participating countries) so that they can best support future projects. Virgile Dagneaux of Cie Virgule (Montpellier) will lead the first session of creative laboratories. The second will be led by Brahim Bouchelaghem. At the end of the two working sessions, a report will be made in order to report on the work

MODEL PRESENTATION
October 23rd
4 ongoing creations are presented in the form of 20′ models followed by an exchange with the choreographer and one of his partners.

PROJECT PRESENTATION
October 23rd
7 creative projects in preparation are presented by a bînome composed of a choreographer and one of his partners.

RESTITUTION CREATION LABORATORY
October 24th
At the end of the 4 days of the creation laboratory, participants from Argentina, Chile, Senegal and South Africa present their work.

RESTITUTION CREATION LABORATORY
October 24th
As in 2018, the winning crew of BOTY Korea extends its stay in Montpellier by collaborating with Brahim Bouchelaghem for 4 days during choreographic work sessions. At the end of these three days, the restitution is proposed at the opening of the Franco-Korean festival “Corée d’ici”.

TRAINING OF CULTURAL OPERATORS
October 24th
The return of BOTY International to Montpellier for the period 2018/2020 also marks a turning point in the structuring of the International Network formed by the organizers of the BOTY national qualifications.It is on the basis of the experiences carried out by the Attitude association in the French overseas territories and in Occitania as well as the first projects set up at the international level as well as the work of developing a fully-fledged cultural project to complement the organisation of BOTY’s qualifications is being structured and emerging. all national organisers will benefit from the experiences carried out in 2018 and 2019 during one day and will be presented with the 2020/2022 project associated with BOTY qualifications.

This website uses cookies to improve your experience while you navigate through the website. Out of these, the cookies that are categorized as necessary are stored on your browser as they are essential for the working of basic functionalities of the website. We also use third-party cookies that help us analyze and understand how you use this website. These cookies will be stored in your browser only with your consent. You also have the option to opt-out of these cookies. But opting out of some of these cookies may affect your browsing experience.
Necessary Siempre activado
Necessary cookies are absolutely essential for the website to function properly. These cookies ensure basic functionalities and security features of the website, anonymously.
Functional
Functional cookies help to perform certain functionalities like sharing the content of the website on social media platforms, collect feedbacks, and other third-party features.
Performance
Performance cookies are used to understand and analyze the key performance indexes of the website which helps in delivering a better user experience for the visitors.
Analytics
Analytical cookies are used to understand how visitors interact with the website. These cookies help provide information on metrics the number of visitors, bounce rate, traffic source, etc.
Advertisement
Advertisement cookies are used to provide visitors with relevant ads and marketing campaigns. These cookies track visitors across websites and collect information to provide customized ads.
Others
Other uncategorized cookies are those that are being analyzed and have not been classified into a category as yet.
GUARDAR Y ACEPTAR